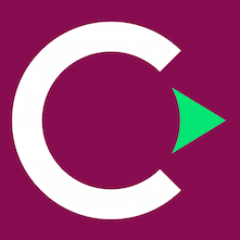 So I know I’ve been pretty quiet here lately. Between my two jobs, a few new volunteer positions (cancer, church, and mom related), and normal shuttling of children to all the places, I’ve been pretty slammed. But I have been writing a few things lately, anytime you’re interested, you can find my latest post on my contributor page on Cure Forward. So far, five of my pieces have been published, and they focus on the ideas of precision medicine and clinical trials.  If you’re interested in a cheat sheet– here they are:

Check them out, and as always, I’d love to hear what you think!

After I was diagnosed with breast cancer, I can remember that maintaining normalcy, especially for my family, was one of my main concerns.  I didn’t want to hide the fact that I had breast cancer, and I knew that things would be different for everyone.  But, for the most part, I wanted things to feel normal for them. I wanted to help with homework, drive to gymnastics, play games, and do Girls on the Run.  But I wanted things to be normal for me, too. Not to pretend that there was no cancer, but to give me some sense of control.  I wanted to be stronger than the cancer, I wanted to be my normal self in spite of the breast cancer. That’s how this blog got its name– I was determined to keep things normal by going for a run and always putting on some lipstick, even if chemo was my next stop.  It did take a lot of energy to be nothing more than normal, but it was energy that I wanted to expend.

But now I have a love/hate relationship with the word normal.  Exactly six weeks after my mastectomy, I went out on my first run post-surgery.  That  night, I was standing in the kitchen, and I remember Clay congratulating me on my first run, and he asked, “So is everything back to normal now?” I bristled. Was I supposed to be the same as before? Was he just hoping that he was off dishwasher-unloading duty?  Of course, I know his question had more to do with the relief that I was healthy and cancer free– free of treatments and their restrictions and side effects– than the dishwasher.

But back to normal? No.  Of course, physically, I don’t have any more restrictions.  I can reach what I want, lift what I want.  I don’t take any medications. (More on that in a future post, if you’re curious.)  But seatbelts still irritate me. My hair is growing out and driving. me. crazy. I have scars and tattoos. I have worries that no elementary school mom should have.  So maybe  a new normal, then? Lots of people love that phrase. I am not one of them, for the record.  I guess technically I have a new set of things that are part of my “normal” everyday life.  But to embrace the phrase new normal seems to acknowledge the fact that there’s no going back to the old normal, there’s no going back to that girl.  The girl with long hair who blamed headaches on PMS. The girl who went for a run because she wanted to lose ten pounds and be healthier, not because she feels like she’s inviting a cancer recurrence with her couch potato ways. The girl who bemoaned having to wear her cute little balconette push-up bra.  She’s gone, and sometimes it makes me sad.

Of course, there are a lot of good things about the word normal.  In fact, when I enter the auspices of Virginia Hospital Center, I crave the word.  My MRI? The PET scan? Normal.  Blissfully normal.  All my genes? Plain old vanilla normal. At support group? It is so reassuring to hear that what I’m feeling is completely normal. Normal is good.  Normal is just, well, so normal.

And so I find myself walking a very fine line.  Between loving and hating the word normal. But I continually strive spend more time considering the good, plain old vanilla type normal than mourning the old normal that is gone.

I mentioned before that early on, I went through genetic testing for BRCA1 and BRCA2. This genetic testing is only recommended for women with a strong family history of breast and ovarian cancer, and by those standards, I would not be a candidate.  However, women with mutated BRCA genes do tend to develop breast cancer at a much earlier age, so my surgeon recommended I undergo testing.  While Angelina Jolie has certainly raised awareness not only about the existence of BRCA genes but also the option of prophylactic surgery to reduce cancer risk, and Mary Claire King, who discovered that BRCA1 and BRCA2 mutations play a pivotal role in many families with hereditary breast and ovarian cancer has suggested universal testing for all women at age 30, I feel strongly that any genetic testing should be done only after a visit with a genetic counselor. (And, incidentally, I don’t agree with universal BRCA testing.)

Since my diagnosis, genetic testing has come a long way.  Science and technology move so quickly, and only two years really does make a huge difference.  I tested negative for BRCA mutations, and while that was a relief, it wasn’t a shock.  But in my semi-annual check up with my oncologist this fall, she shared with me that there are more expanded gene panel screens available now that might be worth exploring.

I set up an appointment with the genetic counselor and gathered my family history. You  need to be prepared for these meetings, the more information you have about your extended family, the better assessment the counselor can give.  Not surprisingly, after a quick chat, she set to drawing this pedigree– I’m the black circle in the middle with the arrow.  Anyone who had cancer got filled in black.  A quick glance shows that there is a decent amount of cancer in my family, though several were in much older relatives and most were GI cancers.  So while that doesn’t put me in the high risk category for hereditary breast and ovarian cancer, it does suggest that there may be a familial gene playing a part in the cancer incidence in my family.

The genetic counselor who I saw did a good job of communicating with me.  Obviously, finding some sort of mutation would change nothing about my breast cancer, it had already been diagnosed and treated aggressively with a good outcome.  A positive finding may indicate more screening for me– perhaps more colonoscopies, starting at an earlier age.  It would also indicate genetic testing for my kids and my brother to see if they should undergo more frequent cancer screenings.

She also made sure that I understood that the findings. These types of screens give more than a mutation/ no mutation finding.  Some mutations are clearly linked with familial cancer syndromes, but even those just indicate more frequent screenings– BRCA mutations lead many to opt for surgery to remove their breasts or ovaries, but most organs can’t just be removed to reduce a cancer risk. The testing could also reveal some mutations that aren’t linked with anything particular– so while the gene is technically mutated, the impact of that mutation wouldn’t be known.  The third outcome would be the identification of a genetic variant.  This would mean that my gene would not technically have the “normal” sequence, but it was one of a number of already identified sequences that while not identical to normal, presented as normal. And of course, there is always the possibility that a gene’s sequence could be identified as normal with no mutations or variations.

All of that is to say, the results of this genetic panel were likely to contain very little actionable data. But given the prevalence and variety of cancer in my family, I let them draw two tubes of blood to send off to GeneDx for the Comprehensive Cancer Panel.  I doubted that it would give me any information that really made a difference for me or my family, but it’s better just to know, right?  This panel sequences 29 genes whose mutation are known to carry some increased risk of cancer.  Given my personal and family history of cancer, this test was covered by insurance, but I should point out that “covered” does not mean “free.”  Sequencing that many genes is a big job, and so it’s a justifiably  spendy test.  What was left after my insurance paid was still not an insignificant amount, but most of the companies doing this sort of testing will work with patients to reduce their cost or set up a payment plan, so it’s worth asking.

I suppose I should insert the drum roll here…  All twenty-nine of my genes were completely normal.  No bad mutations, no poorly understood mutations, no interesting variants.  Just plain old vanilla normal.  Given that any other results could have had ramifications on others in my family, I am especially grateful. I’m so glad that my genetic counselor explained well the reasons behind testing and the meaning of all the possible outcomes. But mostly, I’m glad to have just one more medical professional tell me that everything looks normal.